On December 7th, 2014 we placed a Sanctuary Alert on Smiling Dog Farms in Wharton, Texas. Following our visit on August 29h & 30th, we filed an animal cruelty complaint with Wharton County Officials and shared the 900+ photographs we took that document sub-standard living conditions. While Wharton County Sheriff closed our complaint as "unfounded", we organized a triage team to create a shelter improvement plan and extended help to Smiling Dog Farms. They rejected our offer.

​Smiling Dog Farms is a failing rescue in crisis with more than 300 dogs, half of which are intact and all of which live their days confined to hog pens. To learn more about the animal cruelty investigation that was conducted and our quality of life concerns.

​If you have information about Smiling Dog Farms, please contact us: alert@sanctuarywatch.org

Five months after we filed an animal cruelty complaint in September 2014, Wharton County Officials investigated Smiling Dog Farms on February 26th, 2015 in response to our online petition. The Sheriff's Office reported they found no evidence of animal cruelty during their investigation. We are relieved that 7 of the 11 dogs we reported were in need of medical attention on August 29th were seen by county officials. We are also relieved that travel crates and plywood triangles are no longer being used as housing.

What do we know about the cruelty investigation that was conducted on February 26th, 2015?  Here is a copy of the email summary we sent to Lt. Jansky of the Wharton County Sheriff's Office after speaking with Wharton County Constable Michael Hubenak:

Lt. Jansky, thank you very much for letting me know about yesterday’s visit to Smiling Dog Farms. I spoke with Constable Hubenak this morning (including him here). And since Natalie [Natalie Frels with the Wharton Chronicle] and I spent time talking about Smiling Dog Farms yesterday, I included her here as well.

First and foremost, I’m relieved to hear that you did not observe animal cruelty when you visited Smiling Dog Farms yesterday and that you were able to tour almost all of the property.

Constable Hubenak explained that Dr. Bonnot did not feel comfortable signing the document that John Perches, the attorney for Smiling Dog Farms, asked him to sign in order to participate in the visit. That was my first question about the inspection—Why didn’t Dr. Bonnot participate?  [Dr. Bonnot is the Wharton County Vet]

During my conversation with the Constable this morning, we discussed the following questions, and I have summarized his responses:

2. Can you tell me if you counted the number of dogs?
The Constable said Jay Hellerich stated there are currently 297 dogs. The Constable used a counter and counted 344 dogs but that he felt certain he double counted some dogs.

3. Can you tell me if you requested to see the dogs that I identified as needing medical attention in August? And if so, can you confirm the current health of these dogs?
The Constable said that Jay Hellerich stated 2 of the dogs had been adopted, 1 of the dogs was deceased, and that he saw the remaining dogs in the set with one exception. The Constable is going to send me the list of which dogs were adopted, deceased, and which dog was not seen. Of the dogs he was able to see, none appeared to need medical attention. He noted that one of the dogs that had crusty eyes in my August photograph did not have crusty eyes yesterday and that he did not observe dogs with goopy eyes. It is very good news that the systemic eye issues have been addressed since my visit in August.

Smiling Dog Farms does not have adequate staffing levels for the 300+ dogs in their care. ​​Using the Humane Society of the United States formula for animal caretaking (15 minutes per day per animal for cleaning and feeding only), Smiling Dog Farms requires 25 people per day. In August, Smiling Dog Farms reported they have 3 staff who clean and feed. There are no behaviorists or dog walking volunteers.

Because approximately 50% of the dogs at Smiling Dog Farms are intact, there have been accidental litters.

While Smiling Dog Farms has taken the important step of closing intake, they do not have the financial resources to sustain current operations. A review of Smiling Dog Farms annual Form 990s reveals a history of financial mismanagement:  Between 2011 and 2013, Smiling Dog Farms reported $12,478 in bank charges. Fundraising emails from Smiling Dog Farms confirm they are routinely in the red.
Smiling Dog Farms lacks transparency. Their closed door policy means prospective donors and adopters cannot tour their entire facilities. Smiling Dog Farms does not engage their local community, host adoption events, or publish an annual report. As a public charity, they lack the necessary mechanisms for building public trust.

Our view is Smiling Dog Farms is a failing rescue with more than 300 dogs. According to an inventory conducted on November 4th, 2014, only 56% of the dogs are spayed or neutered. While the owners of Smiling Dog Farms, Jay Hellerich & Ricky Clements, have acknowledged they've been toughing it for years, our efforts to provide assistance came to a halt in November 2014. Given our concerns about the welfare and ongoing care of the dogs, we placed a Sanctuary Alert on Smiling Dog Farms on December 7th, 2014.

​If you are an individual or rescue that sent a dog to Smiling Dog Farms, please be your dog's advocate.  Please contact Smiling Dog Farms about the welfare of your animal, request photos and video of your dog, and request a visit to see your animal in person. To help reduce the number of dogs, we encourage you to reclaim your dog from Smiling Dog Farms. 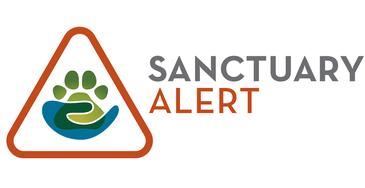